A Cautionary Tale About Keeping Your Church Building Finances Flexible

A Cautionary Tale About Keeping Your Church Building Finances Flexible 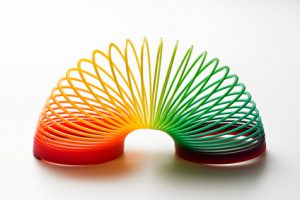 We don’t often quote scripture on this blog but that doesn’t mean we don’t think about it. Since our mission is to support church leaders with their church building and renovation projects, there are some scriptures that speak directly to our ministry.

One of those is Luke 14:28, where Jesus says, “Suppose one of you wants to build a tower. Won’t you first sit down and estimate the cost to see if you have enough money to complete it?”

It’s hard to image better guidance for church leaders as they prayerfully consider what kind of church remodeling or new building project they can truly afford.

Be Realistic About Church Building Costs

Philip Tipton, vice president of architecture, says this about church finances today. “My heart breaks when we receive these phone calls occasionally: A pastor, a leader that’s hoping to build a church building for $50 per square foot or $70 per square foot, and we really have to break the bad news that that’s not reality anymore. It’s not even possible.”

As we discussed in a recent post, the realistic range for a new church building project here in the Midwest is $200-$250 per square foot. Other sections of the country might have different costs—some lower and some higher.

Choosing to start with a small part of a larger church remodeling project isn’t always the best solution if money is tight either. That’s because there are economies of scale that come with larger projects.

If you have to cut a door into a wall to get from room to room, the cost of cutting the hole, re-supporting the wall, and installing the new door, frame and hardware is a fixed cost regardless if you are making it a room for a one-person office or a classroom to seat forty-nine.

Therefore, a piecemeal approach to your church renovation or building project means the cumulative cost over time may more than offset the cost to finance all the work, all at once. However, taking out a loan for church building today is a serious topic, and borrowing money should not be automatically accepted or dismissed without carefully considering what is best for your church.

Be Flexible About How You Finance Your Church Remodeling and Building

Estimating cost is only part of the equation. Church leaders also need to be flexible in setting goals for their church financing. Here’s another of Philip Tipton’s cautionary tales that illustrates the point so very well.

Several years back, there was a very large church that, frankly, could afford to do a lot.

This church’s leaders had made a promise to their congregation early in the planning process, saying that they would not start any projects until they had commitments for one-half of the needed funds; the other half would be financed through a loan. In other words, they wanted 50 percent committed in their church financing pledge campaign.

A problem arose, however, when they had a very successful campaign, yet only raised pledges for 47 percent of the cost of the church building project. At that point, they could not get to 50 percent.

We encouraged those church leaders to consider financing the last three percent and get started on the project, but they felt they couldn’t. They believed they had to honor the commitment they made to the congregation to the letter and couldn’t be flexible on that point.

Unfortunately, this all took place before the 2008 recession when inflation was high. It took them six months to raise that other three percent and, during that time, inflation also went up three percent.

Even though they raised the needed percentage, they found they were still three percent short due to rising construction costs. As a result, at the end of three years, when their campaign had run its course, the church voted to move forward with the cash they had in hand. The three-year delay cost them $500,000.00 in construction cost and denied them the ministry space they needed for another three years.

The moral of this story is that financial flexibility is important. Setting an arbitrary goal can cost you in the end. Covering the initial three percent through a loan would have meant a very small monthly mortgage increase for that large, healthy church.

If you would like to hear more of the wisdom—and cautionary tales—that our team has to share, visit our website today and sign up for our i3 webinars. Unlike building costs, we’re pleased to inform you our webinars will never go up in price—because they are always free.